Lobizona is a book that everyone needs to pick up to read immediately! At the heart, Lobizona is about the search for belonging when you’re between two worlds and on the outside of “normal” society.

Welcome to my review as part of Wednesday Books’ blog tour for Lobizona! A review copy of the book was provided so that I could take part in the tour, but as always my opinions are my own.

[bctt tweet=”Lobizona by Romina Garber is a beautiful and important story about finding where and with whom you belong.” username=”kalventure”] 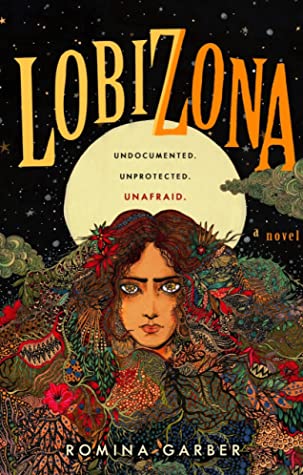 Some people ARE illegal.

Both of these statements are false.

Manuela Azul has been crammed into an existence that feels too small for her. As an undocumented immigrant who’s on the run from her father’s Argentine crime-family, Manu is confined to a small apartment and a small life in Miami, Florida.

Until Manu’s protective bubble is shattered.

Her surrogate grandmother is attacked, lifelong lies are exposed, and her mother is arrested by ICE. Without a home, without answers, and finally without shackles, Manu investigates the only clue she has about her past–a mysterious “Z” emblem—which leads her to a secret world buried within our own. A world connected to her dead father and his criminal past. A world straight out of Argentine folklore, where the seventh consecutive daughter is born a bruja and the seventh consecutive son is a lobizón, a werewolf. A world where her unusual eyes allow her to belong.

As Manu uncovers her own story and traces her real heritage all the way back to a cursed city in Argentina, she learns it’s not just her U.S. residency that’s illegal. . . .it’s her entire existence.

My Review of Lobizona 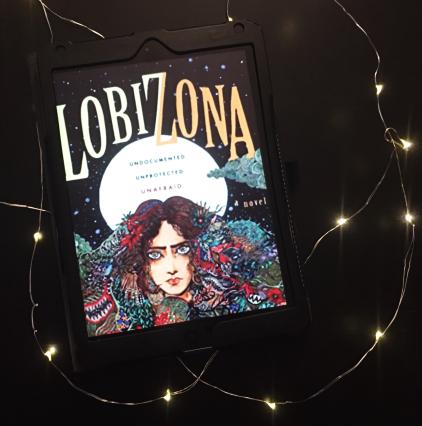 ✨ You can read an excerpt over at Bustle!

Well, the slump is over; I devoured this one in a five-and-a-half hour sitting! Believe me when I say that Lobizona weaves beautiful and important story about finding where and with whom you belong. I adore these characters and the world Garber crafted, I need the second book immediately, and this is not a book you want to miss!

“No matter how many borders we cross, we can’t seem to outrun the fear of not feeling safe in our own homes.”

Lobizona blends Argentine folklore with the everyday reality for countless undocumented immigrants as the story follows Manu, a sixteen-year-old immigrant living in Miami with her mother and adoptive grandmother. They’ve carved a small but secluded life in a small apartment building and Manu has lived her life shielded away to keep her safe. The hope of a better life is juxtaposed with the very real fear of being deported to a country from which they’ve fled, but it turns out that there’s more than just ICE to be worried about.

“Visibility = Deportation. And my face is entirely too visible.”

The threat of deportation is ever present, but so is the fear her father’s family will find them. She’s lived her life in a way to be invisible from everyone. Her grandmother provides her education within the home and Manu must follow strict rules to ensure their safety.

Manu loves books, connecting and processing the real world through the lens of literature. For the longest time, her only friends were fictional characters because she’s been hidden away. But I love how her longing for a place to belong doesn’t make her a pushover: she’s unafraid to unleash her “inner Lizzy Bennett” and tell people precisely what she thinks.

“I’m a passenger not just in this vehicle, but in my body, in this country, in my life. Defined by decisions I didn’t make. My undocumented status. My father’s family. My eyes.”

After her grandmother is attacked and mother detained by ICE, Manu is responsible for making her own choices for the first time in her life. The freedom to choose exhilarates her; even though she knows it may not be the right decision, it is all her own and that is worth everything to her. For too long she’s been labeled and defined by others, and she is determined to unlock the mystery of her family history to find where she truly belongs.

The plot and characters were equally important to me while reading. The plot is captivating, rich, and action-packed with real-stakes to the events because I cared so much about the characters. I adore Tiago with his love for forbidden stories, Cata and her fierce protection of those she loves, Saysa and her kindness. I also really appreciate that the character relationships feel earned; they aren’t instant and stay true to the kind of person each of them are because they feel like real people. I don’t want to talk too much about the magical or the world Manu discovers because I think so much of the beauty is experiencing it for yourself.

“I must have left reality and stepped into a dream. The world beyond looks like an ancient city that got swallowed up by this swamp. Giant stone structures rise from the soil, as deeply rooted to the land as the foliage ensnaring them, making it impossible to know where nature ends and man begins.”

The writing is descriptive and immersive, Garber draws the reader in and blending the magical into reality, taking on an almost dreamlike quality as the book progresses. The writing style shifts between straight-forward and lyrical depending on if the scene takes place in contemporary reality or in the magical reality. While at times I found the narrative a little repetitive in the first few chapters, it did not impact my enjoyment of the book in the slightest. The book has a bit of a slow start in that it takes awhile for Manu and the reader to understand what is truly going on but it never dragged to a point where I wanted to put the book down.

“Now go forth and shatter every convention.”

At the heart, Lobizona is about the search for belonging when you’re between two worlds and on the outside of “normal” society. While the book centers on the immigrant experience, it doesn’t shy away from exploring So much more than a story about undocumented immigration. It’s also about the strict gender binary, patriarchal views on gender roles, and in family (both found and blood). The weight of the world is on Manu’s shoulders and I like that it isn’t some mantle she immediately accepts.

“‘If you’re undocumented, you’re unwritten. Embrace that.’
‘You’re saying if no one’s told my story before… I get to tell it the way I want?'”

Undocumented and illegal status blends together and Manu is between two worlds, never really fitting into either due to it. I love that while she grapples with this fact, she never really seems to succumb to despair, her strength and determination shine through as she comes to terms with who she is. Embraces it thanks to the friends she makes along the way.

“If there’s no word in any known vocabulary to encapsulate me, that just means language can’t define me. A label can’t cage me. I’m beyond classification.”

Overall, Lobizona is an ambitious story which tackles issues of immigration, gender binary, patriarchy, and LGBTQIAP rights through the lens of magical realism. Manu’s status of undocumented spans two worlds, straddling them as she comes to terms with who she is and finds her pack. I simply adored her found family of friends and cannot wait to see what is in store for them next. I cannot recommend this book enough: it really takes off running in the eighth chapter and is unputdownable to the very end.

eARC provided by the publisher via Netgalley for my honest review. Quotations are taken from an uncorrected proof and subject to change upon final publication.

Are you a fan of magical realism? Have you read Lobizona yet or is it on your TBR?