You are here: Home / Interviews / Interview with Marian Womack, debut author of The Golden Key

Welcome friends to my post on Titan Books’ blog tour for Marian Womack’s The Golden Key, which is out now!

Part supernatural, part detective story with Gothic vibes? Yes please. This book screams my aesthetic, so I was really excited when Titan offered me a copy of this beautiful book for review. I won’t have the time to read it until at least April thanks to ARC Mountain, but I was fortunate enough to have the opportunity to interview Marian about this book!

Read on to learn how Brexit helped to shape this story, an Ode to Gothic fiction, the importance of independent presses for marginalized voices, and much more!

An Interview with Marian Womack

Hi Marian, thank you so much for joining me on the blog today to talk about your novel! Can you share a little bit about The Golden Key and how this story came to be?

The story has had a very long progression, from its early days as a short story I wrote during the Clarion Workshop in San Diego back in 2014, to its current form. I have always wanted to write my own detective series (there have been a couple of rather embarrassing tries at this in the past!), and very soon I hit on a female detective, one of Spanish ascendency, which also allowed me to explore some of the most complicated issues of my life here. I would not say the novel is hugely influenced by Brexit, but it certainly changed direction after the vote in 2016. I was about to relocate to the UK, after a long time living in Madrid. Suddenly, issues about where you were allowed to live or not and why became very important to me.

What draws me to The Golden Key is the setting and Gothic feel. What led to a Victorian/Edwardian-era Gothic novel?

I like those historical times that are “unfixed”, when loads of change happens very quickly. This tied up neatly with the “porous borders” of the novel itself. About the actual Gothic sensibility, I was a writer of Gothic fiction long before I was a writer of Weird fiction. In a way, my move into writing Weird fiction was an evolution from my Gothic roots. I owe a massive literary debt to the Gothic genre, which taught me how to write with the emotional component I am interested in, a debt that had to be repaid somehow.

In The Golden Key, the Norfolk Fens is a liminal space where magic still lingers. Is it safe to assume that the book might involve some portal magic to mysterious realms?

You may think so; I couldn’t possibly comment. The danger of spoilers here is too great, so just this: you’ll have to read the book to find out.

As the book deals with liminal spaces, it makes sense that The Golden Key is set in the transitional period following Queen Victoria’s death. How much of the “uncanny and eerie” elements such as seances historical to the time period?

That’s a good point: I think that Victoria’s death is often seen as a cut-off point, the end of an era, when in fact of course historical change happens gradually rather than in chunks (I really like Virginia Woolf’s parody of this idea in Orlando: ‘All was darkness; all was doubt; all was confusion. The Eighteenth century was over; the Nineteenth century had begun.’) But what is the case is that the deaths of monarchs are sometimes seen (like round-numbered years) as a chance to look back at the past: an ideal environment for a detective story, or a novel where the past’s grip on the present is vital and significant. The séances were a symptom of that: they really did happen and their portrayal in the book is more or less historically accurate.

You have experience with smaller and larger independent presses, and even co-run a micro-publishing project called Calque Press. For aspiring authors, can you share a bit about what the process was like from inception to publishing and how this project wound up with Titan Books?

Well, for aspiring authors, I guess I would say: hang on. Hold tight. Don’t give up. This is a project which, as I mentioned earlier, first sparked into life in the summer of 2014, and which was then worked on and developed for years, first during my Creative Writing Master’s degree, and then, step by step, sometimes painfully, in the four years after that. I think I would say that the process itself was not particularly coherent: I have lots of projects, lots of ideas, and it was not clear from the start which one would coalesce into a larger, more novel-shaped object. So, inception is a largely inchoate process: I write and rewrite and rework almost everything I write, and one day (with the impetus of the Master’s programme) I found I was writing a novel. As far as getting it published is concerned, that is also a question of submission. It’s entirely the right word: you submit the work to agents and editors, but you also have to submit yourself to the process, seizing any crumbs of feedback you are given, constantly looking at what you have written to think ‘can I make this better? Do I know how?’ Editing and submitting went hand in hand. By the time an agent was finally interested in the work, I think I had gone over it some ridiculous number of times. My husband was always telling me to let it go, but I knew that I could always improve it. And then the editing process, once Titan had come in, was another way of scraping it clean, reordering it and getting it shipshape. I loved being edited, even though I sometimes felt that if anyone were going to kill my darlings then why couldn’t it be me?

From your author bio, your doctoral research “looks at the intersections of eco-storytelling, independent publishing, and activism.” This has me thinking about the role of independent publishing in the publishing space itself, and how in many ways it acts as a disruption in the industry. Can you share a bit about your research, particularly how it pertains to activism and publishing stories from marginalized voices?

I’m in a slightly odd position at the moment, in that I’ve finished my PhD (with minor corrections), and I am reworking it to take into account what the examiners have said and the ways in which my own thinking has developed, so I can’t really say anything coherent at the moment (I’m in a bit of a post-doctoral mental fuzz, and need to work out where I am and what I want to do). But, I will say that as far as publishing the underrepresented is concerned, then having a publishing house that focuses at least in part on translation is extremely significant for me. There are so many voices addressing the outlines of the world we live in from new and fascinating perspectives that need only the impetus of translation to take part in our debate in English, just as English-language voices are already disproportionately represented in various debates all over the non-English-speaking world.

Have you read any upcoming or recent releases that you can’t get out of your head?

I have read that Naomi Booth is publishing a new novel this year, and I cannot wait! Sealed was for me the perfect Gothic novel, the perfect climate change novel, and the perfect speculative take on motherhood; so yes, more Naomi Booth please!

Who did you write The Golden Key for? If you had to compare your novel to any other book, what would it be and who definitely shouldn’t miss this book?

This book owes a massive debt to The Essex Serpent. That novel alone is responsible from rescuing this project from the depths of the “forgotten drawer of doom” where unfinished projects go to sleep! It provided me with a model of a strong female character at a time when women, supposedly, could not do anything on their own. It taught me how to be a better writer, in that I learnt how to make the plausible possible. One of the best novels I have read in recent years.

Thank you so much for taking the time to answer my questions as part of Titan’s Blog Tour, Marian! 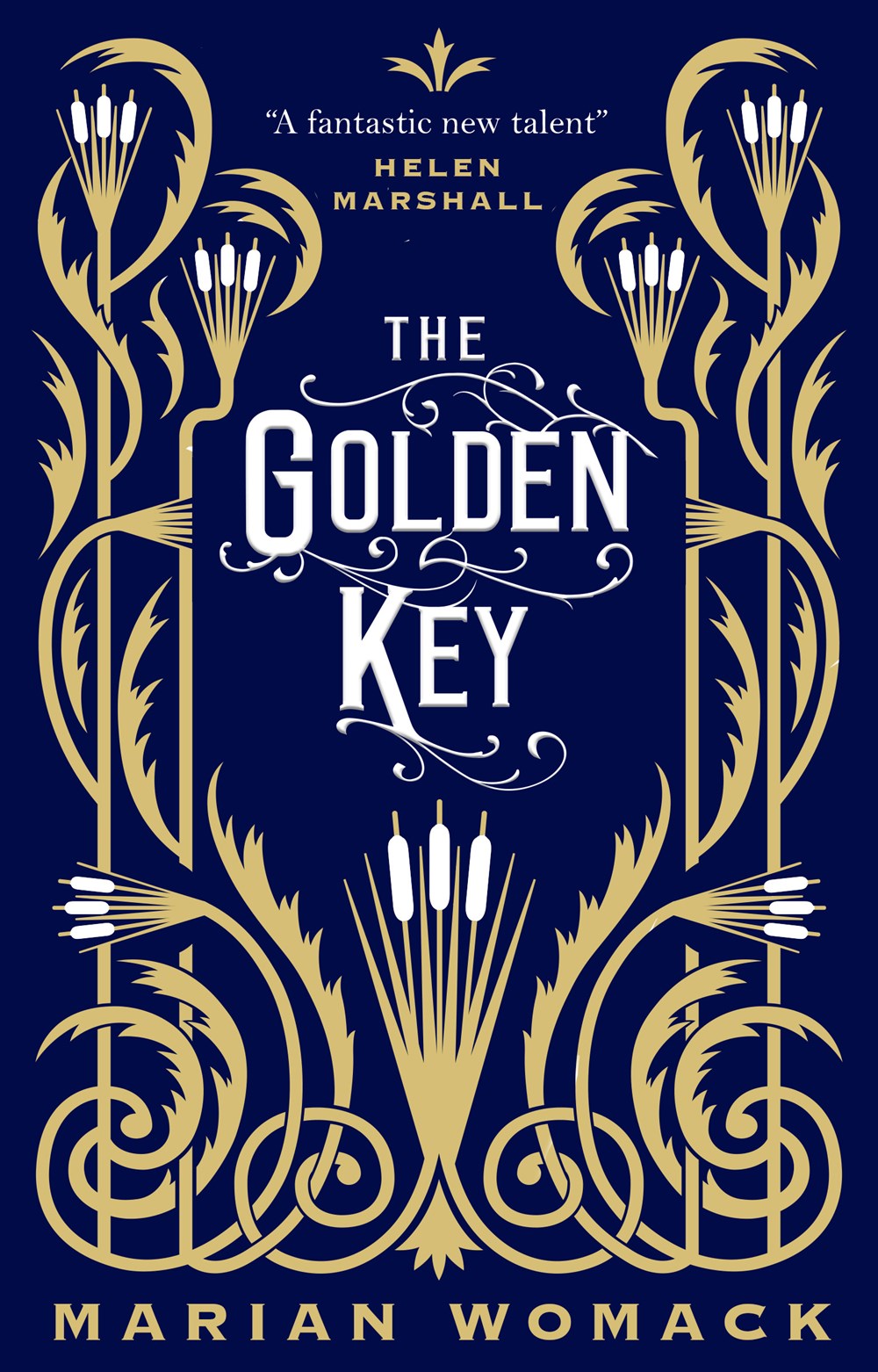 An extraordinary, page-turning Gothic mystery set in the wilds of the Norfolk Fens from the BSFA-shortlisted author.

London, 1901. After the death of Queen Victoria the city heaves with the uncanny and the eerie. Séances are held and the dead are called upon from darker realms.

Samuel Moncrieff, recovering from a recent tragedy of his own, meets Helena Walton-Cisneros, one of London’s most reputed mediums. But Helena is not what she seems and she’s enlisted by the elusive Lady Matthews to solve a twenty-year-old mystery: the disappearance of her three stepdaughters who vanished without a trace on the Norfolk Fens.

But the Fens are a liminal land, where folk tales and dark magic still linger. With locals that speak of devilmen and catatonic children found on the Broads, Helena finds the answer to the mystery leads back to where it started: Samuel Moncrieff.
With war on the horizon and his relationship with Annie changing fast, Lee must choose to kill the only family he has left or to betray everything he’s come to believe in. And Annie must decide whether to protect the boy she loves . . . or step up to be the champion her city needs. 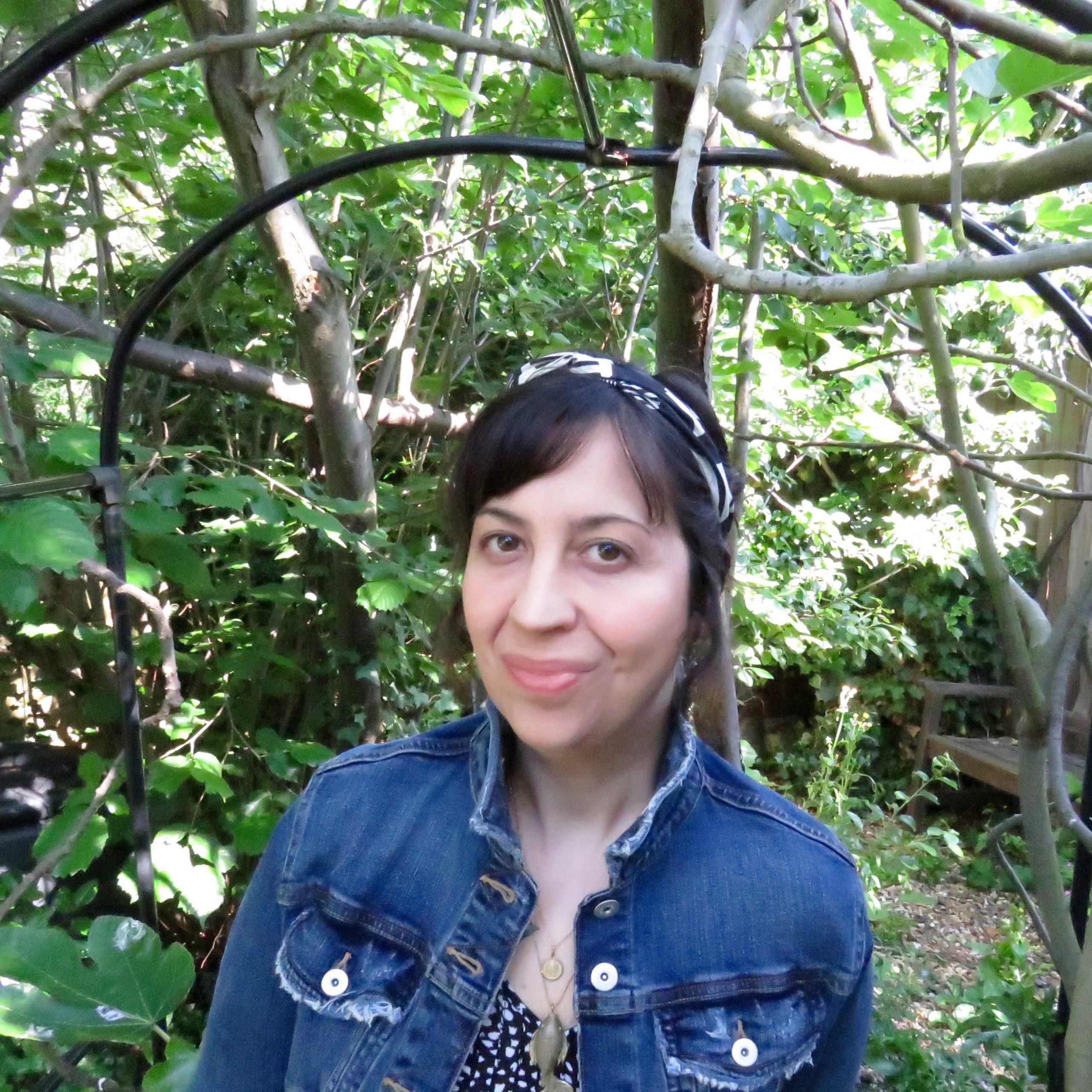 Marian Womack is a bilingual writer, born in Andalusia and raised in the UK. She is a graduate of the Clarion Writers Workshop and the Creative Writing Masters at Cambridge University. She works for Cambridge University libraries, and her professional background is in academic libraries, having worked at Glasgow University Library and the Bodleian. Whilst living in Spain, Marian worked as a translator, desk editor, fiction publisher, and bookseller. She now lives in Cambridge, UK. She tweets @beekeepermadrid.

Thanks so much for reading, friends! What do you think about The Golden Key? Is this a book that is on your TBR, or have you read it yet? I’d love to chat with you in the comments below.